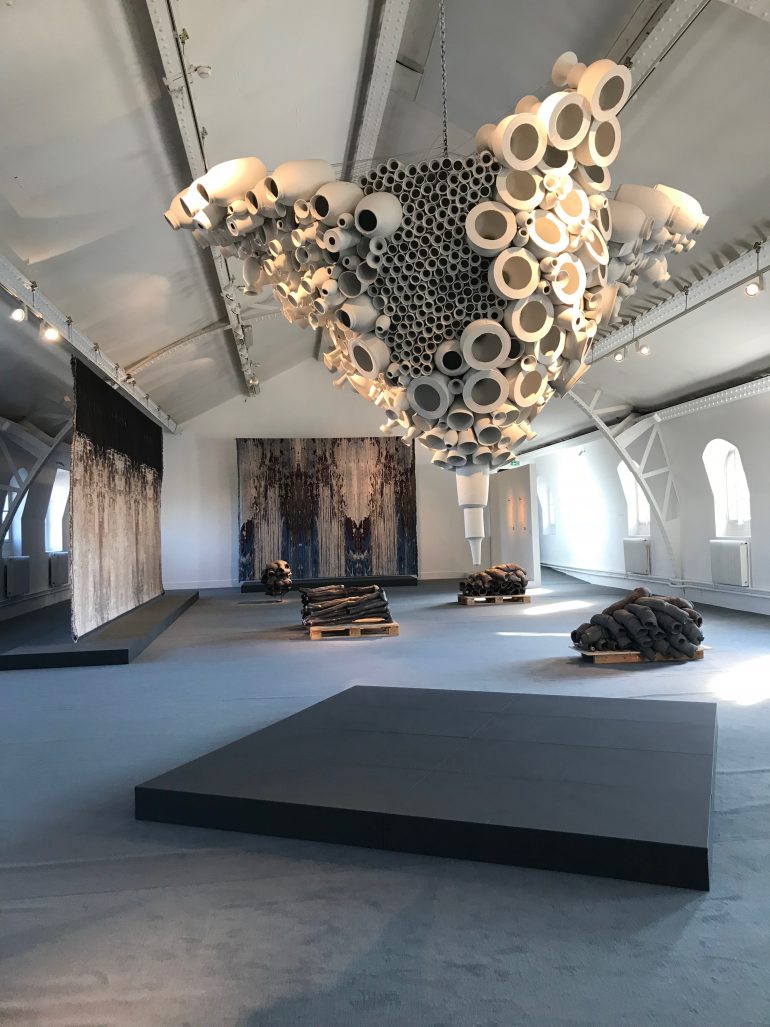 The exposition “Force of nature” that you could discover at the Sevres’ ceramic national museum from September 26th 2018 to April 1st 2019 highlights three contemporary Norwegians artists internationally known in both ceramics and tapestry : Marit TINGLEFF, Kari DYRDAL and Torbjørn KVASBØ. 68 art pieces including some in larger format have been realized specifically for the project and are divided on three levels of the museum covering then 15000m2.
Friends in real life, their work have one common point their closeness with nature. They expressed in their own ways its force, its metamorphological abilities.

The serial tapestries of Kari DYDAL entitled Watermarks and subtitled mirroring (2015) is inspired by Nymphéas of Claude Monet and more specifically the ones deployed in the immense circular room of the museum at the Paris’ “Orangerie” (orangery). The artist willingly choose a chromatic line presented only black and white, respecting only a certain kind of austerity, while integrating colorful breaks in the repetition of the woven dressing. A dressing depicting an agitated lake by the wind and flow, inviting then the observer to revive his or her attention. A sublime invitation to dreaming.

Torbjørn KVASBØ assimilated, during a trip in Japan in 1984, the ancestral methods of Anagama’s wood combustion in stove-tunnels allowing long cooking at high temperatures for more than one week. Wood ashes and plant residues are thrown away during cooking and incorporated to the material to obtain raw surfaces charged with asperities and nuances. These surfaces seduced the artist and inspired his technic, indeed he created his own 7 m3 stove allowing him to work very large format, this scale shift opened the doors of well-known museums and international collectors. Its tubular sculptures voice energy and vital impulses, the “Stackers series” with its bright colors and rising temperament evoking the imaginary internal circulatory system of the human body. This stacking of earthen tubes and pipes are realized with a manual extruder (don’t miss the little video presenting the plastic artist creating in his studio) echoing every growing form and vegetal excrescence which fascinate the observing artist of nature and its ecosystem.
The exposition presents a monumental chandelier, a grape suspension of multiples vases of various forms in raw unglazed porcelain casted from traditional forms. Each vase is drilled and hooked by a metallic cable at central chain, according to an extremely complex architecture allowing to agglomerate vases in a compact and spinning manner. The implementation of this kind of object could be observed in a video entitled “in progress”.

Marit TINGLEFF recreated the potter tradition at an architectural scale by fabricating large plates and mural slabs. She exposed in various museum in numerous European major cities. She uses the “colombin” ancestral technic (inherited from potteries practices in pre-Columbus South American tribes) to build her pieces and favor the most rudimentary forms, in order to root her contemporary act of creation in its vernacular past. She places herself at countercurrent with her pairs privileging faïence on sandstone and a very restricted color panel. 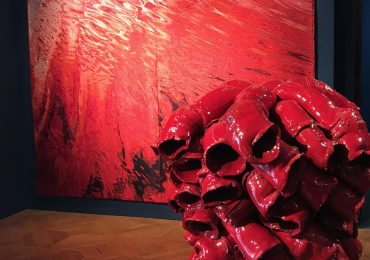 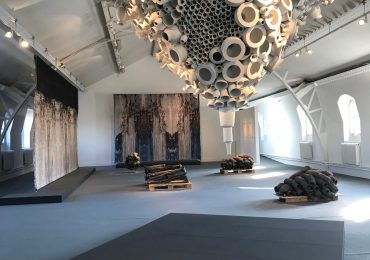 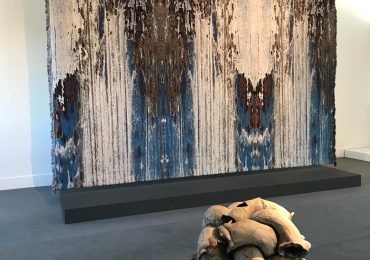