Gregory, specialist of image related jobs, welcomes us in this unusual museum, nested at the 20 passage du Ponceau, in the city center of Paris, close from the Centre Pompidou.
This unique place that he created was born from his passion for street art. He wants to share his vision of this art, paradoxically not very well-known. For many years, he added to its collection many art works found in the street, that he felt were about to disappear and that needed to be protected. He had the original idea to offer protection to these works of art by gathering them in a specific place, where they pay a tribute to the artists.

The area stretches over 3 levels, according to a skillfully organized scenography. He starts the visit by saying that it is actually difficult to determine when the tag and the graffiti were born. In this place, he exhibits graffiti that have been created at the end of the seventies, when it was still an art not recognized as such, in a world totally indifferent to its mere existence. However, mentalities evolved over the years, we use more often the word “street art” rather than “graffiti”, while what art dealers and major retailers deplore have become a money stakes and a promotion of what they sell. The mere essence of an art that was born in the street, out of a spontaneous movement, free from barriers and back thoughts despite a marked social message has been betratyed.

He maintains that he is not a thief, even though he sometimes steals this graffiti himself, taking them off from the wall with a screwdriver or a cutter. All types of graffiti formats are exhibited in his museum: building sites palisades, pieces of walls, electrical boxes or mail boxes. According to him, it is in no way theft, but he still justifies himself, considering that what he does is both an archeological work and a necessary preserving mission. To pick up street furniture, Gregory assures that he asks for permission to the owners. He says for example that he bought a piece of the Forum des Halles’s wall when it was in construction for €1 symbolic. He accepts criticisms and even ask to further the conversation, so much so since he is livened up by its passion. He concedes playing with legal void around those artworks, himself not being the owner of these artworks, neither their moral rights. Nonetheless, in order to limit the legal problems, he could have, he mainly takes stickers.

Himself a graffiti artist, he admits that a tag is not always beautiful, but it always makes sense. This is the reason why he always try to decrypt the more or less hidden and symbolic message behind each tag, graffiti or simple signature.

Thank you Gregory, for giving us your viewpoint, which according to your own words are not the truth but only your opinion, and for talking to us with this much passion, this much knowledge in art and knowledge about this street artists, may they have become celebrities or may they have decided to remain anonymous: BANKSY,TAKI183, COPE2, SHEPARD FAIREY, FUTURA2000, SEEN, AONE, BARRYMCGEE, C215 NECKFACE, JONONE, NASTY, MESNAGER, INVADERS, ANDRÉ, SKKI, HONET, STAK, KIDULT, TILT, HENRY CHALFANT, MR CHAT…

Free entrance. Visits every day, from Monday to Saturday, from 9AM until 7PM, only by appointment. Reservation only by email: greg@arek.fr. 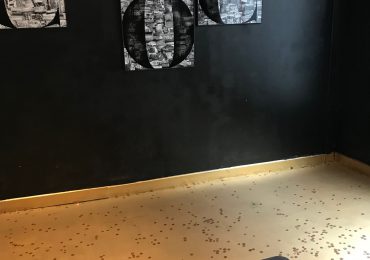 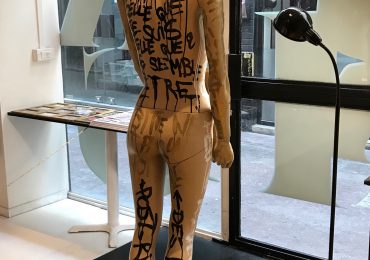 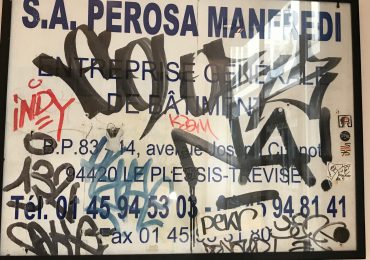 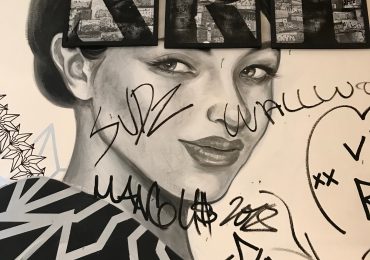 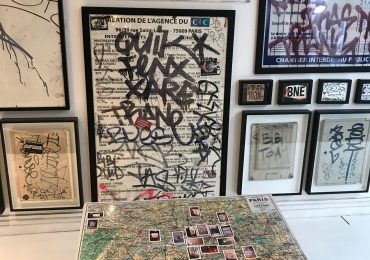 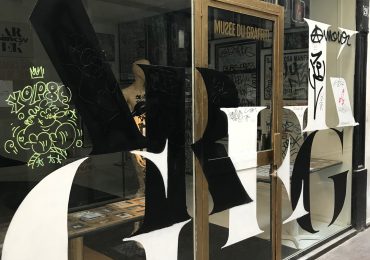