Mohamed BOUROUISSA, is waiting for the small group that we are at the front door of his huge and amazing Studio in Asnieres-sur-Seine.

He greets us all individually with a warm handshake, and warns us straight away: “I had a party last night, please forgive me if I seem tired! ”

Forgiven, he is so right now, how happy, lucky and excited we are to meet this extraordinary visual artist, a fan of BOOBA and horses. He has the gift of great artists. That of knowing how to observe society by its margins and its collective practices, placing the human dimension in the core. He knows how to make her beautiful.

Represented by the Kamel Mennour Gallery, http://www.kamelmennour.com . He is already in the collections of the most prestigious contemporary art museums all around the world.

The tour will take place in two stages, an explanation of the pieces he is currently working on, and an exchange around excerpts from the videos and slideshow of photos that have made his reputation.

Indeed, at this moment, he is simultaneously preparing three projects. Including a future exhibition on the horizon of one year for Los Angeles. And a very special event in Arles with the Monoprix brand which owns a store whose first floor entirely empty is dedicated to art exhibitions. Moreover, it will be called “free-trade”.

The new pieces are close to those of its first institutional exhibition “Urban Riders”last year at the Museum of Modern Art of the City of Paris, but the works are more accomplished beyond the 9 videos.

The visual artist describes his work:

A work that is constantly evolving:

“For instance, there is this kind of frieze for which I added new elements like fabric and leather with the harness of the horse. I also work more around color. While being on the same theme, I make it constantly evolve. At first I did a lot of pictures of people I met, then I looked for a way to present them, that’s why I thought about how to value them and that I developed this draw on the hood with the idea of ​​mirror reflection that seemed interesting to me. The first time I had presented this work, at the Biennale de Lyon, the covers were presented alone and separately, it was the beginning of the work and the inspiration, then little by little I walked, I took them assembled to form sculptures, and finally, I embedded the 3D portraits of the riders.”

A new guest, the color:

“Initially for the Los Angeles solo show I worked on bright colors, but I was not satisfied. I thought it was wrong, so I softened the nuances with much duller colors. I kept the primary colors by strong nature like for example the red but I softened it.

I draw sketches, I develop, and then sometimes I intervene with Photoshop. I also like to act on the vibrations of the colors. This approach to color is really new to me, and I want to deepen it. Originally, the things I’m working on are very raw, but then they become very well controlled, I also like there is something subversive in my works. ”

The notion of time is important:

“The pieces require a long time of realization. Many of them need sketches. Sometimes I work the pieces directly on the ground but once positioned vertically it does not work anymore, so I overlap and I put on the wall or vice versa.

The time required to make a work obviously varies according to the parts. It is rare that it is successful on the first attempt. Often, I have to resume but on average it takes several months. It can take 6 months because I can modify it several times, by cutting it. Sometimes I do some pauses by letting them live in the studio, I watch them without touching them, and then I come back to them.”

“I like to go to museums or exhibitions to find inspiration. A few days ago, I went to see Vasarely’s exhibition at the Centre Pompidou. I was inspired by his work on color and geometric shapes. This visit will continue to fuel my thinking. It’s important to go out. Even if it is not necessarily directly transcribed and / or immediately on my works. It is an essential contribution to my reflection, and to be concrete, it can also inspire me on new forms that I will incorporate into my practice.”

“This Studio is not only the place where I make my pieces. Moreover, it is above a place where I experiment. I drew a lot from my pictures made in the United States, I made many meetings, unique and strong friendships. My true source of inspiration you will understand, it is the people and their history.”

At the moment I’m thinking about using my french photo background even though I’m referring to the history of the United States in relation to the African continent, it goes back to my first work.”

Then in an ideal transition, Mohamed Bourouissa comments passionately some photos and videos that made his success:

The first stepping stone experienced by Mohamed Bourouissa, barely thirty years old, after his long studies in Art History at the Sorbonne and the Decorative Arts, dates from his collective exhibition at the New Museum in New York, when he is invited in 2009 to the collective exhibition: The Generational: Younger than Jesus.

He exhibited a series of shock photographs, Peripheral (Phériqhérique), which correspond to the realism of neighborhoods and references to the History of Art. There are groups of men in sweet-shirts and hoodies assembled in a stairwell, scene with car carcass burnt or mixed couple who seems timidly tame in a room. These pictures, raw and well licked at once, seem to have been caught on the spot but are, in truth, the result of a very long and careful preparation. Stages realistic, on the verge of explosion or fighting, based on real reflection. In fact, the artist first made preparatory drawings, drawing directly from the sources of classical painting, such as Piero della Francesca’s Flagellation of Christ, or the painting Liberty Leading the People of Delacroix.

“It’s a work on stereotypes. Peripheral’s direct intention was a sociological representation of the cities but against the current of images seen in the press following the riots in the suburbs. For me, it was a way to question, to bring a shift and especially to make beautiful, to propose a subversive position … ”

Mohamed Bourouissa presents us, not without any malice, his All-In video with the rapper Booba who was projected on the facade of the Monnaie de Paris on the occasion of the Nuit Blanche 2012. “The Rap and the symbol of the Currency of Paris have similar codes related to money and liberal ideology, obviously that did not please everyone.”

He also tells us about his work at the Fresnoy studioin Roubaix, which combines cinema and visual arts under the direction of the visual artist Alain Fleischer, in which he learned about the different techniques and offbeat and collaborative processes of contemporary art.

Then, we spend a long time to watch Dead Time (Temps mort), which illustrates his digital match on video background with a French rapper imprisoned for drug trafficking.

This is a long exchange that lasted more than a year, from SMS and MMS, video editing cut. The images are in very low resolution and the rudimentary texts are sent from a mobile phone. Mohamed Bourouissa proposes to follow the conversation; he gives his instructions to the reclusive man in his cell. From a green plant to water a few pumps, the sink and its dishes, the daily is shown as if time was suspended, like a time out. The relationship between the two men evolves as and when their exchanges, the prisoner becoming more active and almost appropriating the video.

Our visit ends with the screening of the film Horse Daywhich was made while he was in residence in Philadelphia, in the inner city of Strawberry Mansion, north of the city and whose achievement marked a decisive step in its evolution.

He became interested in the associative stables of “Fletcher Street” that he discovered thanks to the images of Martha Camarillo, an American photographer. Territory of repair and crystallization of the imaginary, founded by African-American riders, the stables of “Fletcher Street” welcome young adults from the neighborhood and provide a refuge for abandoned horses. The artist has seized the history of the place, the imagery of the cowboy and the conquest of spaces, and especially has created a unique link with the local community.

Horse Dayis not only a video but is accompanied by a corpus of about eighty pieces that reflect the freedom and richness of the artist’s visual language. Sketches on the spot, preparatory drawings, storyboard of the film, collages, inks, watercolors recount the origin of the project and its elaboration. Next to this set, are portraits of riders and horse costumes. It is a metaphor for the “tuning” of the body elements are arranged and become the support of the images of the film.

Mille Mille Mercis  to you Mohamed BOUROUISSA http://www.mohamedbourouissa.com. for this unique and privileged moment with https://amis.centrepompidou.fr 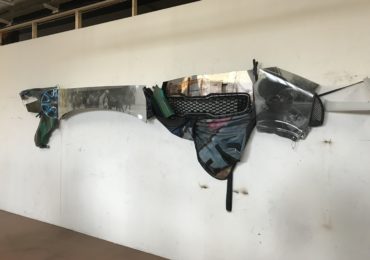 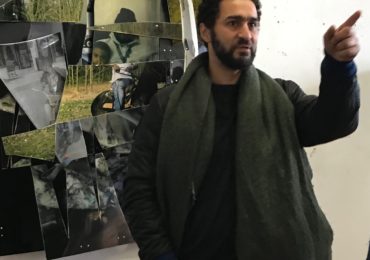 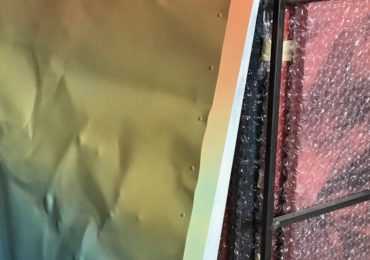 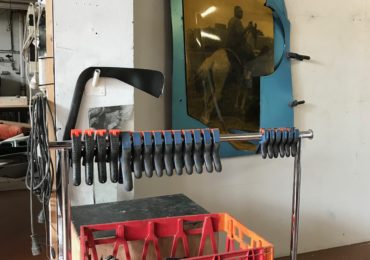 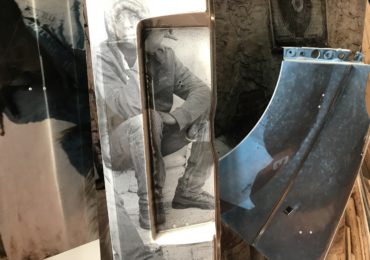